Remote Work / Work From Home has emerged as one of the hottest topics, primarily driven by the Covid-19 pandemic. According to Google, searches for these terms reached 100% of their popularity last year. Also, Gartner HR Survey found that 88% of business organizations all over the world mandated or encouraged all their employees to work from home as the virus started to spread at exponential rates. Furthermore, about 97% of the organizations immediately canceled all work-related travel.

This resulted in many organizations struggling with how to secure their remote workforce with very little notice. Over time, technologies such as Zero Trust Network Access (ZTNA) and Secure Access Service Edge (SASE) will likely be considered the gold standard for remote access, however, many businesses have yet to implement these emerging technologies. Instead, they must establish a remote access policy in the immediate or short term to ensure only authorized users are connecting remotely and that their devices are secure.

The most practical solution: NAC with RADIUS and VPN

With many organizations still reliant on traditional VPNs, a common solution is to integrate the VPN platform (Firewall, Concentrator, etc) with a RADIUS server. This allows for users to be authenticated before access is permitted, permissions to be assigned during authentication and for permissions to be changed if a security policy is violated. So how exactly does this work? Below we will discuss the basic concepts of RADIUS Authentication, Authorization and Change of Authorization (CoA).

RADIUS Authentication and Authorization are covered under multiple RFCs, perhaps the most commonly referred to is RFC-2865. The RFC describes RADIUS as:

“A protocol for carrying authentication, authorization, and configuration information between a Network Access Server which desires to authenticate its links and a shared Authentication Server.”

In other words, RADIUS-enabled network devices will authenticate users against RADIUS. On the back end of RADIUS is typically Active Directory / LDAP or sometimes just a local database.

RADIUS Change of Authorization (CoA) is also covered under multiple RFCs, but most notably under RFC-3576 and RFC-5176. It is described as:

“A currently deployed extension to the Remote Authentication Dial In User Service (RADIUS) protocol, allowing dynamic changes to a user session, as implemented by network access server products. This includes support for disconnecting users and changing authorizations applicable to a user session.”

In short, RADIUS CoA allows permissions to be changed dynamically. This allows admins to ensure that when a device experiences a change in status, the permissions match the status of the device.

There can be many use cases for securing remote access depending on the size, business model and nature of an organization. In this article we will focus on a few of the most common use cases. We will also discuss which use case can be fulfilled using the different RADIUS features and technologies mentioned above.

In each of the use cases above, the RADIUS server is performing the actions as described, but the network device the user/computer is connecting through actually blocks or restricts access. This requires the network device to be configured to communicate with the RADIUS server and vice versa. Generally speaking, for remote workers, this device is typically the Firewall or a VPN Concentrator. The RADIUS server will send Accept, Reject or CoA with attributes such as downloadable ACLs (dACLs) to block or restrict access.Below are diagrams listed for each use case and RADIUS technology / feature. 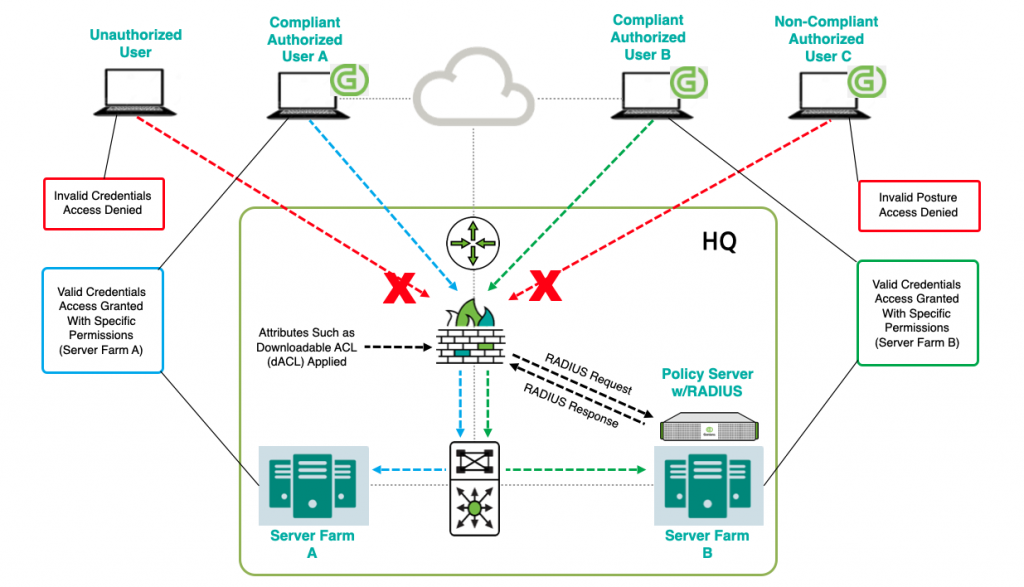 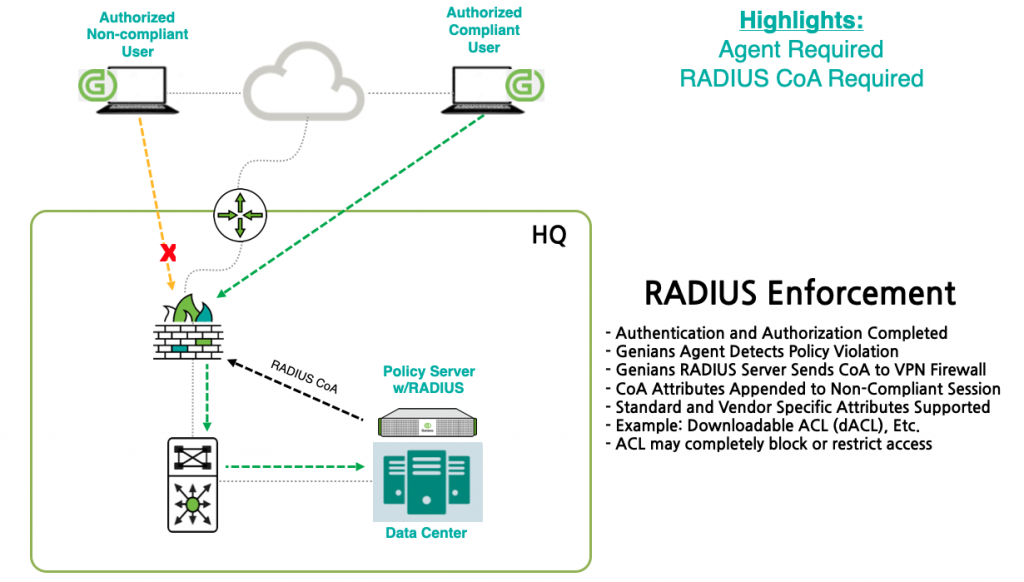 RADIUS is a standards-based, vastly deployed solution across organizations of all sizes. Network Access Control combined with RADIUS and VPN infrastructure is a widely adopted solution for controlling network access for remote workforces while at the same time, ensuring only authorized users can access the internal network and validating the security posture of end user devices. The same privileges and security policies assigned while inside the physical boundaries of an organization should also be assigned when users are working remotely. A solution that ensures these policies can be configured and monitored within a single system is a critical component of any Cybersecurity plan. 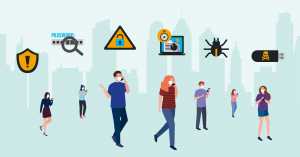 Returning to the Office: 3 Tips to Secure Your Network

It may seem like just yesterday that IT teams worldwide scrambled to set up secure and efficient remote work environments. Now, we are seeing the beginnings of a return to office work. Here are some quick tips to ease the transition back to a stable baseline in your network environments.